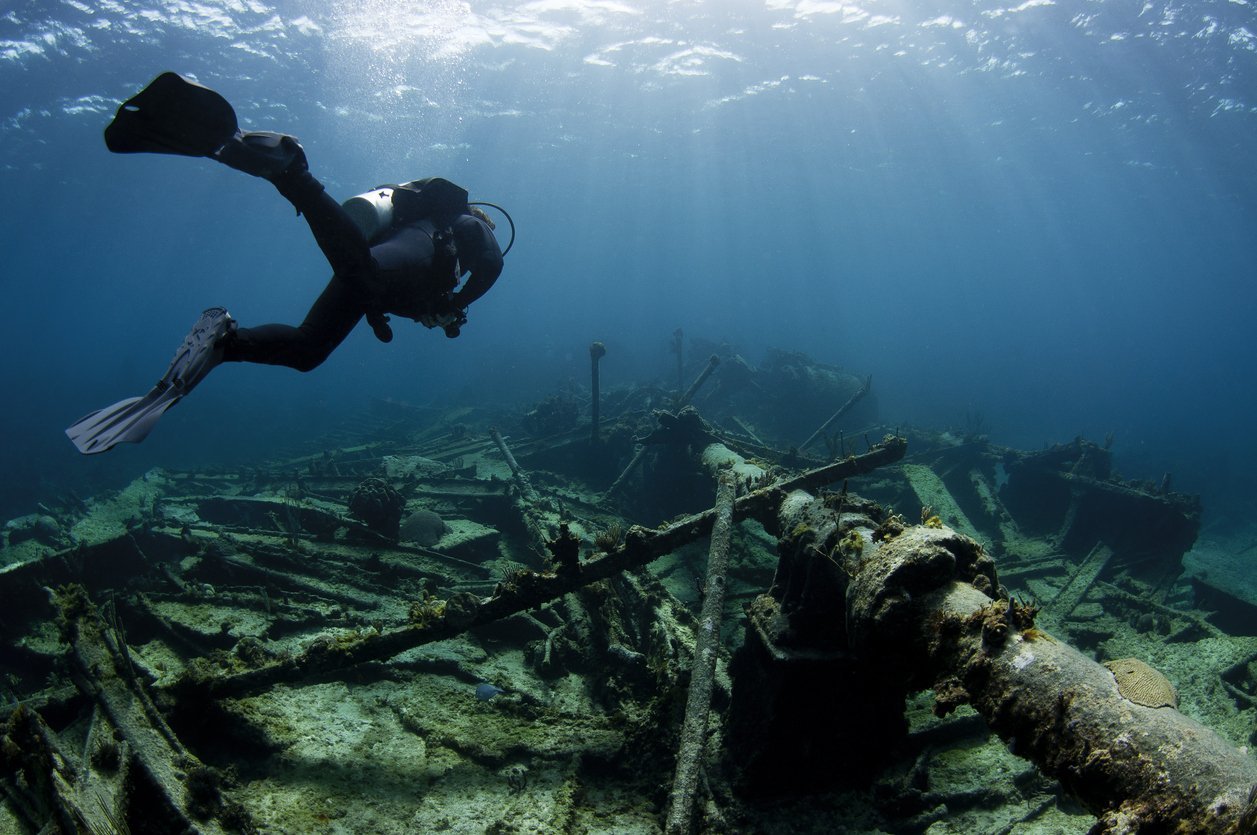 As we head into Halloween, it made us think about how wrecks are eerie, full of history, legacy and marine life, all scuttling and swimming around their unnaturally submerged home.

There are an estimated three million wrecks lying awkwardly on the ocean bed, yet only a small percentage are accessible to divers. Some are so difficult to reach, only those with specialist qualifications and experience can dive them. With the thrill of the underwater world and wanting to get closer to maritime history, it’s no wonder that divers sometimes plan their vacation based on the location of shipwrecks. With so many to choose from, we’ve listed some of our best dive sites in the world that you can visit while on a bareboat yacht charter.

If you’re looking to combine an amazing sailing holiday with excellent diving, the British Virgin Islands is the perfect destination where you can introduce yourself to RMS Rhone. This United Kingdom Royal Mail ship was wrecked in 1887 after just two years in service, after falling foul to a hurricane.

This amazing wreck is submerged at the bottom of the ocean just off Salt Island, a short distance from the south coast of Tortola and is cited as one of the world’s top diving spots. The wreck itself is magnificent, and to take in all her mysteries, it is recommended that you take two dives, one to explore the bow and stern sections at 75ft and one to explore the midsection at 70ft. It is said that should you see either the octopus or moray eels that live in this area of the wreck, that luck will rain down on you!

Divers can expect to see a plethora of marine life, including the previously mentioned eight legged creature and his snake-like friends, as well as turtles, lobsters and various fish. In addition, you will see the ship’s giant marine spanners and the gargantuan 15ft propeller. If a daytime adventure isn’t creepy enough for you, divers with the right qualifications can also experience the wreck during a night dive, where the spotlights and sleeping sea creatures add additional mystery to the wreck.

People often consider wreck diving to be solely focused on ships, yet many of the world’s seabed wrecks are of the aviation variety. Visit Corsica on a yacht charter and you can explore one of the most evocative planes, the Flying Fortress!

Caught in combat with a squadron of German Messerschmitt planes on Valentine’s Day 1944, the Flying Fortress was carrying ten men when she was damaged and forced to land on the sea off the coast of Calvi, killing four of those aboard. Now, the 72ft long fortress lays on the ocean floor, 88ft under the surface and with a wingspan of 105ft.

It provides a wonderful habitat for an array of beautiful moray and conger eels, groupers and wrasses and is one of the most remarkable dive sites you’ll see. While diving, you’ll be able to see the four engines are all still intact, as well as the pilot seats in the cockpit.

For a real spooky treat, head to the Fort Lauderdale for a bareboat yacht charter and dive the wreck of the SS Sapona, a giant concrete (yes, we said concrete!) cargo ship, designed by Henry Ford. The ship was commissioned for build during the First World War but wasn’t actually completed until much later, in 1920, where she spent some time being used as an oil store before being sold to American smuggler Bruce Bethel. Mr Bethel’s initial plans were to use the Sapona as a drifting liquor store, supplying illegally obtained alcohol to the eastern states of the US. Unfortunately for Mr. Bethel, his plans were scuppered when the Sapona ran aground off the coast on Bimini in the Bahamas and was later damaged beyond repair during a hurricane in 1926. Now, the SS Sapona is famed for being one of the best dive sites in the world.

Her stern was ripped completely from the midsection of the ship and, due to the shallow waters, has remained exactly where it split to this day – a stark structure of concrete and wood standing out of the ocean like an invading alien! Divers, snorkelers and swimmers alike are treated to an extra special adventure when they visit the wreck, which acts as a perfect place from visitors to dive off the bow and snorkel the shallow 15-20ft depths. Expect to see a whole host of marine life, all using the wreck as their playground.

If you’re a bit of a dive fanatic, a bareboat yacht charter in Tahiti may be the perfect vacation for you! Head to the dive site off the coast of Faa where you can dive not one, but two wrecks – a cargo shipwreck and a Catalina plane wreck. Little is known about the sinking of either wrecks, but both provide exceptional diving for those with intermediate and advanced experience.

The nearly 100ft long cargo ship sits around 80ft below the surface and is the first port of call for divers of the site. Visitors can swim straight through the center of the wreck, making it an amazing experience and allowing for complete visibility of all of the outstanding sealife that inhabit the area, as well as what remains of the structural elements of the ship.

Head deeper and you’ll find yourself at the wreck of Catalina, a WWII flying boat that was deliberately sunk in 1962 to make way for what is now one of Tahiti’s most famous diving wrecks. With its right wing resting on the seabed like a carefree statue, the wreck is home to a range of fish and anemones and you’ll see clownfish around the wreck in their thousands.

Head to Mexico for one of the best deliberately sunken shipwrecks in the world. Originally seized by Mexican authorities in 1995, Fang Ming was a Chinese fishing boat that was used for human trafficking and 88 male and seven female illegal immigrants were found onboard making their way to California when it was seized.

Rather than scrap the huge steel structure, the 183ft long vessel was scuttled off the coast of La Paz in the Gulf of California in 1999 to create an outstanding artificial reef, attracting thousands of species of marine life.

Being an artificially created diving area, the wreck has perfectly positioned with accessible hatches and swim-throughs, ideal for wreck divers of all abilities. At 69ft deep, the wreck is perfect for novice divers and visibility remains excellent right down to the seabed, making it one of our favorite dive sites.

The area attracts curious whale sharks, cheeky sea lion colonies and sleepy sea turtles as well as numerous species of fish and a ghostly looking black coral, making it an excellent place to visit on a yacht charter to La Paz if you want to see the marine life in their natural habitat.

There are so many places to go diving around the world, but these five top diving sites are a must-see. Learn more about our fleet, get a quick quote, or get in touch if you have any questions. Alternatively, for the latest vacation inspiration, head on over to our blog. 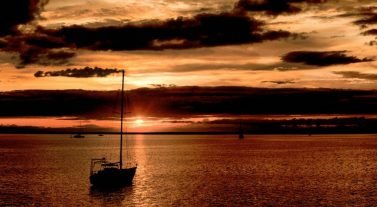 A Quick Look at La Paz

Peace be with you – La Paz translates directly to “peace,” and it’s no wonder why – this place is as gorgeously tranquil as they come. A welcoming desert climate offers something unique to travelers, much as it delighted Hernan Cortez, Jesuit missionaries of old, and finally those who settled the area permanently in 1811. … Continued 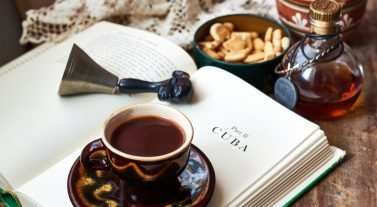 Lush palm trees, deserted beaches, lonely islets, dark caves, lapping waves and historic ruins have inspired sailors all over the world, as well as famous creative writers. In celebration of World Poetry Day on March 21, we’ve picked out some of our literary favorites and the places that fascinated them… Ithaca, Greece – Homer wrote … Continued