Working with ASA to Encourage Women to Sail

Working with ASA to Encourage Women to Sail 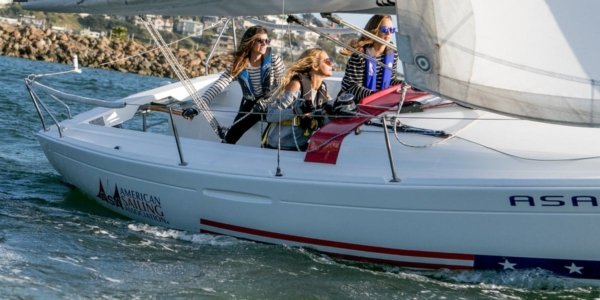 The sailing industry has long been a predominantly male sport, but there have always been women sailors and the numbers have been steadily rising, making it a more gender-neutral sport than ever before. A shared vision of increasing the number of women sailing is how we aligned with the American Sailing Association (ASA) and decided to team up. We’ve both started our own campaigns to encourage more women sailors and a partnership made sense. The ASA has launched Women On The Water and together we are 100% working towards the same goal.

The ASA, the world’s largest sailing organization, announced their new education program Women Wake Up Zone in early 2019. The program is based on ASA courses that teach women how to tie knots, raise a sail, work the winch, take the helm and perform rescues while on the water. With these basic skills, anyone can sail no matter their gender.

Through their campaign, they have highlighted many successful women sailors and their stories to help spread the word. Featured ASA instructors include:

These, together with many other women sailors with stories, are helping overcome gender barriers in the sailing community.

The Changing Face of the Industry

“When people hear of sailing, they often think of men behind the wheel while women watch, but we are leading the diversity of our industry with this education campaign, and it starts with more women sailors,” says Cindy Shabes, president of the American Sailing Association.

“Many of our instructors and high-level instructor evaluators are now women, and many of our schools are now owned or managed by women. Fully one-third of our new students last year were women. With this education campaign, we want to erase the stereotypes and eliminate the fear some women have that sailing is too expensive and physically demanding. As we see more women take the wheel and thrive on our waterways, we want others to follow in their wake!”

Our Goal to Make Sailing Inclusive

Our More Women at Sea campaign launched on International Women’s Day in 2019 with its main goal to encourage more women to get involved in sailing and to get more women sailors seen and heard. We’ve interviewed women around the world, shared their stories.

“We encourage initiatives such as She Captain in Sweden, as they are important in the world of sailing and create more opportunities for women. It is an opportunity to remember that sailing isn’t a pursuit reserved for men.” said Loic Bonnet, founder and CEO of Dream Yacht Charter.

All of us at Dream Yacht Charter and ASA are committed to helping women sailors. If you are a woman sailor and have a story to share or if you are interested in learning how to sail, contact us for more information or find more inspiration on our blog. 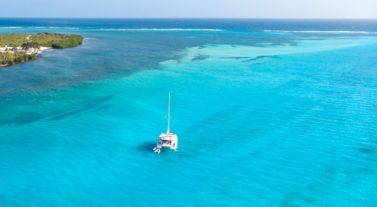 We catch up with Captain Suzy Acevedo, who joined us in 2017 – she works as a skipper who has become rather popular with our customers. As part of our More Women At Sea series, we caught up with her to find out how she began sailing… What inspired you to take up sailing? I … Continued 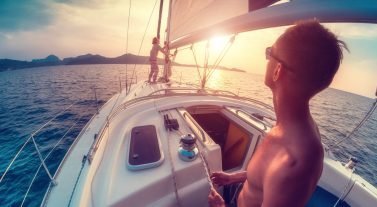 Dream Yacht Charter’s new agreement with the American Sailing Association (ASA) is the first time the association has recognized a major charter company as a preferred partner. It means that more people than ever will be able to enjoy vacations on the water. Founded more than 35 years ago, the ASA has 400 affiliated sailing … Continued