What I Learned From Our One-Year Sailing Sabbatical

What I Learned From Our One-Year Sailing Sabbatical 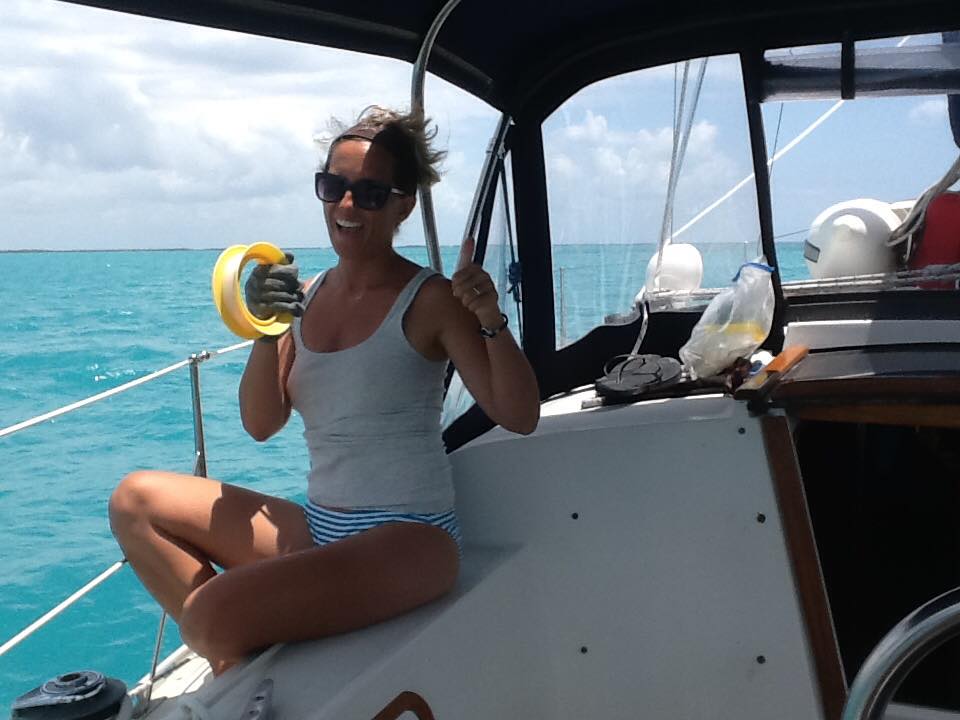 Chris DiCroce is an Amazon bestselling author, sailor, online educator, and speaker. He’s been featured in Sail Magazine, The Waterway Guide, Spinsheet Magazine, and various other magazines and podcasts. He spent 6 years cruising various parts of the U.S. and the Western Caribbean with his wife and dog, and 2 years traveling through Guatemala and Mexico. To learn more about Chris and his travels, visit mondovacilando.com. Read about his experience living on a yacht below…

Have you ever wondered what it would be like to take a one-year sailing sabbatical and sail away from it all?

Do you find yourself watching countless YouTube videos featuring bronze bodies and beautiful sailboats anchored in the turquoise waters surrounding some faraway island?

I know exactly how you feel. For years, I also dreamt of warm breezes and salty waves. After a stream of layoffs at my job left me searching for answers, I decided to go for it. The only thing that needed to happen in order for this dream to become reality was to convince my wife Melody to get onboard – literally.

After many late-night discussions, we came to the conclusion that life is short. Time is precious. We said, “What good is having a dream if you never go for it?” So, on a glorious weekend, I, Melody, and our dog Jet loaded up our 35-foot sailboat and hit the high seas for what was to be our one-year escape.

Casting Off the Dock Lines
We sailed south along the east coast of the United States, bound for Cuba and the Western Caribbean. Once the butter started to melt, we knew we were closer to our ideal latitude.

We adjusted quickly to our new life. The concerns we had about the lack of space or how Jet would adapt to life on a sailboat faded.

As a matter of fact, when we saw the sun rise over the city of Havana, any remaining doubts about whether our sailing sabbatical was the right decision drifted off with the seafoam. It was a morning we’ll never forget.

Cuban immigration officials were both shocked and amused that we were sailing with a 50 lb. dog. They had a lot of questions about how and where he goes to the bathroom. Of course we all had a good laugh as Melody and I tried to explain, in our mediocre Spanish, that getting Jet to go on deck was proving to be a test of wills. But once the officials were satisfied we had all the correct paperwork and international health certificates, Jet got his stamp of approval.

We spent fourteen days exploring Havana’s bustling streets. We discovered quaint local eateries, amazing art galleries, and off-the-beaten-track neighborhoods. When we left, we sailed west along the north coast in some of the bluest water I’ve ever seen. We anchored in deserted bays and sipped our Havana Club rum as we watched the sun tuck itself in for the night.

We crossed the Yucatan Channel and spent three incredible weeks anchored in the Makax Lagoon in Isla Mujeres. We learned a little more Spanish and immersed ourselves further into our cruiser personas. In our minds, a one-year sailing sabbatical wasn’t much time. We wanted to experience as much as possible, so we moved often. And we kept moving. We kept exploring.

We sailed south to Belize, where we snorkeled the out islands and took in the spectacular reef that is second only to the Great Barrier Reef of Australia. Melody and I were in the water at dawn and in our bunk before 9.

Sailing With a Dog
Jet seemed to love his new aquatic life as well. I mean, who wouldn’t love long strolls on deserted beaches and endless belly rubs from strangers in the beach bar? But sailing with a dog presents some challenges.

He’s a shepherd and he sheds a lot, therefore, we vacuum constantly. And yes, there’s the bathroom issue on longer passages. Jet refused to use the fake grass pad that we put on deck for his potty breaks. He gave in a few times when there was no alternative, but more often than not, we planned our route and our stops so that it afforded us the ability to land a dinghy and take him to shore. While this isn’t a huge deal, it did mean some extra thought went into making our float plan.

A few times, traveling internationally with a big dog has caused us to question our sanity, but what Jet brings to the table far outweighs and inconvenience he’s caused. Early on we began calling him The Ambassador, as he was usually the first to meet our new dock mates when we arrived into a new port of call.

He looks quite official in his K-9 life vest. Mel and I actually believe he strutted a bit differently when he wore it. He’s actually become somewhat of a celebrity, having been featured in magazines and blog posts. Personally, I think it’s going to his head a bit.

Sailing into Rio Dulce, Guatemala
With hurricane season approaching, we decided to spend it tucked safely up the Rio Dulce River in Guatemala. The trip into the Rio is a spectacle not to be missed. After many months of sailing in low-lying beach areas, the 300-foot-tall granite cliffs that flanked the passage made it feel as if we’d entered another world.

The cliffs are dense with teak, mahogany, and palm trees. Local fishermen paddle hand-hewn pangas that hover in a state somewhere between sinking and floating. The haunting calls of the howler monkeys reverberate across the water. The first time I heard it up close, it raised the hair on the back of my neck.

Once we landed in Guatemala, we had time to reflect on the trip. For the longest time – to me anyway – it seemed as though I’d imagined everything. It didn’t seem real that we’d actually broken free and accomplished a dream that for so long, seemed unattainable.

As we sat enjoying a cold Gallo beer in the palapa, drenched in the jungle humidity, we laughed and shook our heads at each other. “Do you believe we’re actually here?” Mel would just smile and say something profound as she is want to do.

I will say this – Melody and I are closer than ever. Not just physically, being that we live in space the size of most modern bathrooms. But we trust each other’s instincts without question. When things get a bit sketchy on the water, she knows how to lighten the mood. Conversely, when we’re having that glass of wine or sip of rum in the cockpit, we revel in the moment.

We no longer wonder what it would be like to take a one-year sabbatical and sail away from it all. We know.

All we need to do now is figure out how to extend the year.

Learn more
To get started on your Dream sabbatical, visit our Sabbatical Charter’s page. 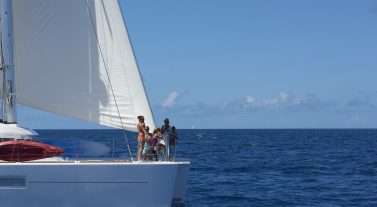 Going sailing this summer? Soon you’ll be at the helm, feeling the wind in the sails and planning your day’s adventure, but imagine how different the experience would be if it was your own yacht you were sailing. Our charter management programs make yacht ownership easier than you think and our base teams make the … Continued 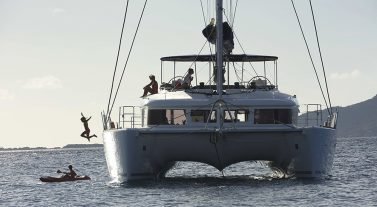 Four Affordable Ways to Own Your Own Dream Yacht

Do you love sailing? Do you wish you could have your own luxury yacht that you could customize, spend a couple of months a year sailing in your favorite location and not burn all your money on operating costs? Now you can! Our sister company Dream Yacht Sales has the most flexible yacht ownership programs … Continued 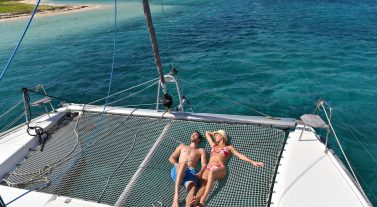 Four Places You Can Rediscover the True Spirit of Adventure

For your next vacation, turn up the dial on adventure by handing over your itinerary research to us. When you book one of our yacht charter packages, you’ll enjoy photo-worthy highlights, exciting excursions, delicious cuisine and memorable experiences carefully selected by our destination specialists. In your downtime you can relax on a premium yacht with … Continued